October ’22 – C-stores can ‘do more to show sustainability’: TWC

According to new research from digital and data experts TWC, about half of consumers (49 per cent) want to make sustainable choices but are not willing to pay more for this benefit, states a report released today (12), mentioning that the majority expect businesses to be focussed on sustainability and their environmental impact. 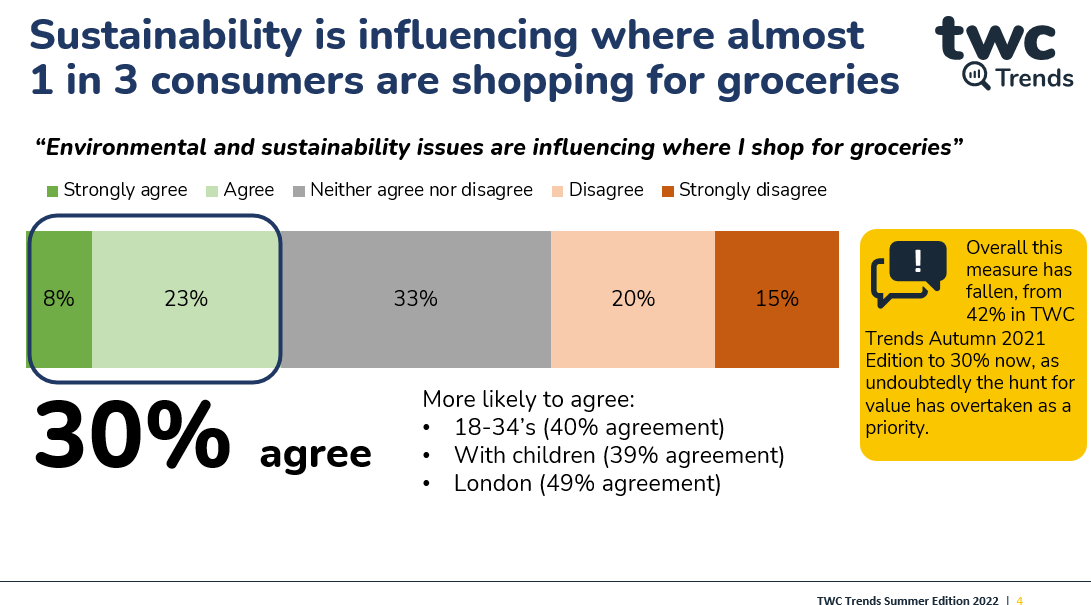 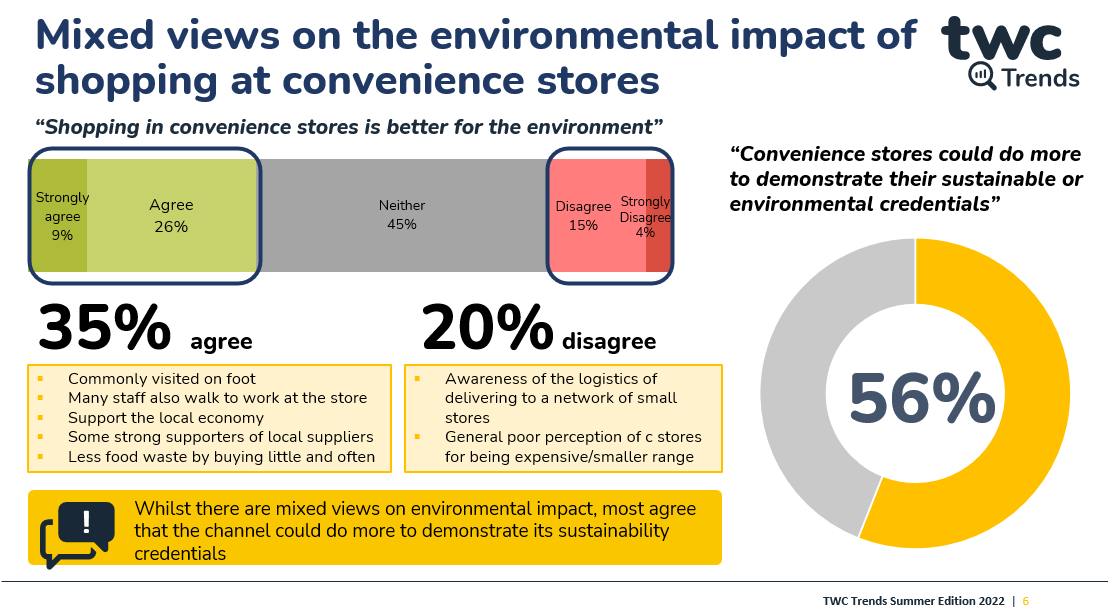 Sustainability is influencing where almost one in three consumers shop for groceries, but this represents a fall from 42 per cent, reported in TWC Trends Autumn 2021 edition, undoubtedly as the hunt for value has overtaken as a priority.

Sarah Coleman, Communications Director at TWC comments, “Sustainability is increasingly an expectation – rather than a point of difference – and consumers are expecting businesses to take the lead. Whilst 30 per cent say that environmental issues influence where they shop for groceries, a far bigger proportion (57 per cent) expect businesses to be focused on their impact.

“The bottom line is that only half of consumers are willing to pay more for sustainability benefits and this is likely to be further squeezed with the cost-of-living crisis, as value is further prioritised.”

“For convenience stores, we believe there is an opportunity to talk about the benefits of shopping at smaller stores, for example the fact they are commonly visited on foot; little and often purchasing resulting in less food waste; supporting the local economy and in some cases local suppliers. Consumers agree that convenience stores could do more to demonstrate these benefits and so it would be pushing on an open door.”

The TWC Trends Summer Edition 2022 series is based on the views and sentiments of over 1,000 consumers across the UK. The research was conducted 14-18 June 2022.